Bread with butter and cheese in the morning, french fries from the snack bar, a piece of cream cake in the afternoon and roast pork in the evening and a bar of chocolate in front of the television. Most Germans like to eat a lot of fat. This can have not only negative effects on weight, but also on the brain, as new research is now proving. 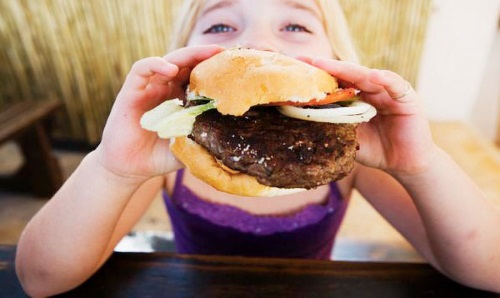 The Max Planck Institute for Metabolism Research in Cologne carried out studies on mice, which has now been published under the direction of Alexander Jais. The mice were fed high-fat food for several days. The changes in the brain were observed using modern technology. The result? After just three days, the glucose intake in the brain decreased. Although the mice ate more than enough calories every day, their brains were undersupplied and "starved". The reason for this was a disruption of the protein GLUT-1, which transports the glucose across the blood-brain barrier. This barrier is a very effective filter on which nutrients for the brain are filtered out of the blood or pollutants are removed. This separates the blood circulation and the central nervous system. Due to the high-fat diet of the mice, free, unsaturated fatty acids could have had a toxic effect on this blood-brain barrier, causing GLUT-1 to regress as a transporter. However, the researchers have not yet found a precise explanation for the GLUT-1 disorder.

Either way, the lack of glucose in the brain has far-reaching consequences. Because suddenly important areas such as the cerebral cortex or the hypothalamus no longer function adequately. But the body also reacts to this lack of energy in the brain. Macrophages, special cells of the immune system, produce the growth hormone VEGF. This stimulates the production of GLUT-1 again. In addition, the GLUT-1 is released directly on the vessels of the blood-brain barrier. In this way, the GLUT-1 can again transport enough glucose to the brain. The experiment showed that the mice returned to normal glucose levels in the brain after four weeks, although they continued to receive high-fat food. If this mechanism does not take place, the brain remains deficient in glucose. It was observed that the mice in the study took longer to learn and had less memory to remember.

Although glucose deficiency can be remedied by the formation of growth hormones, this does not happen without consequence. A so-called "selfish brain" develops, which develops a great appetite for sweets. This is how it gets the necessary glucose. However, the brain has to prevent sugar absorption in the muscles. However, this can lead to the cells in the muscles becoming insulin resistant. In the worst case, this creates diabetes.

A high-fat diet does not only have negative effects on body weight or the cardiovascular system. Rather, a high-fat diet can change the state of our brain and make us "stupid". Therefore, one should pay attention to a varied diet - with healthy fats from olive oil, nuts and seeds, but in moderation.