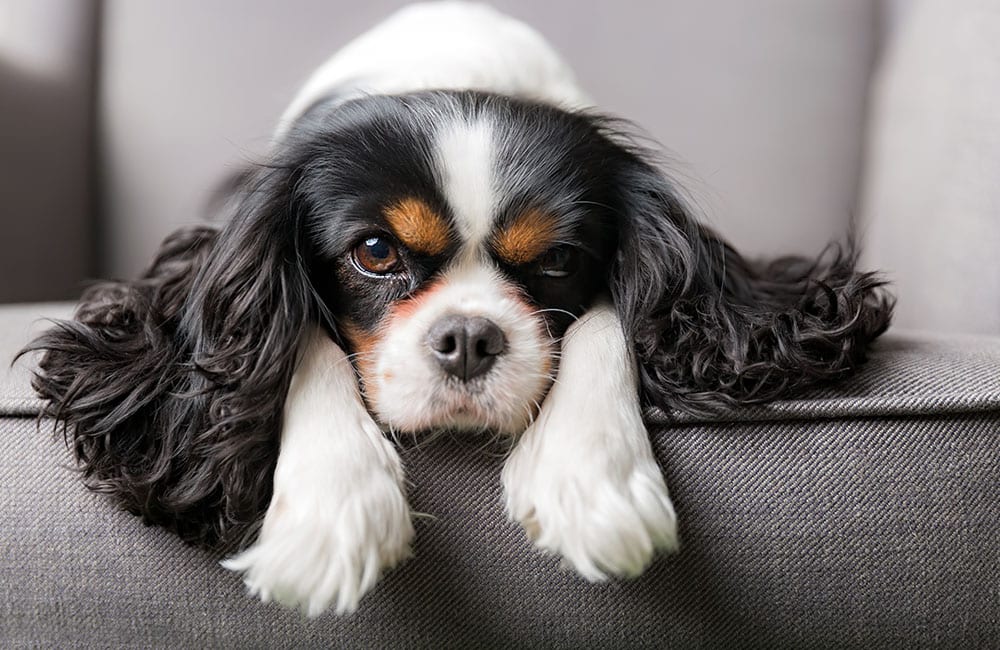 Average Price: $1,000*
Country of Origin: United Kingdom
The Cavalier King Charles Spaniel originated in the UK. It is a toy dog, according to the Kennel Club, and a purebred CKCS can cost you up to a thousand dollars. The dog was popular as a lap dog during medieval times. It is a friendly dog, known for its fluffy ears, and it requires a lot of attention from its human owners. The CKCS is often confused with the English Toy Spaniel