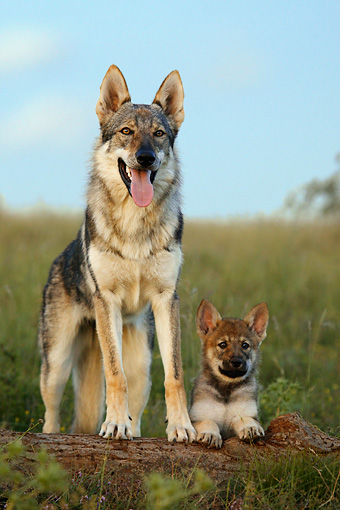 Also known as the Czechoslovakian wolfdog, they came to be after an experimental crossing of a Carpathian wolf and a German shepherd. According to the Czechoslovakian Vlcak Club of America, only 208 pedigreed vlcak were believed to exist in the U.S. as of 2014. How bad do you want to play fetch with this adorable dog?